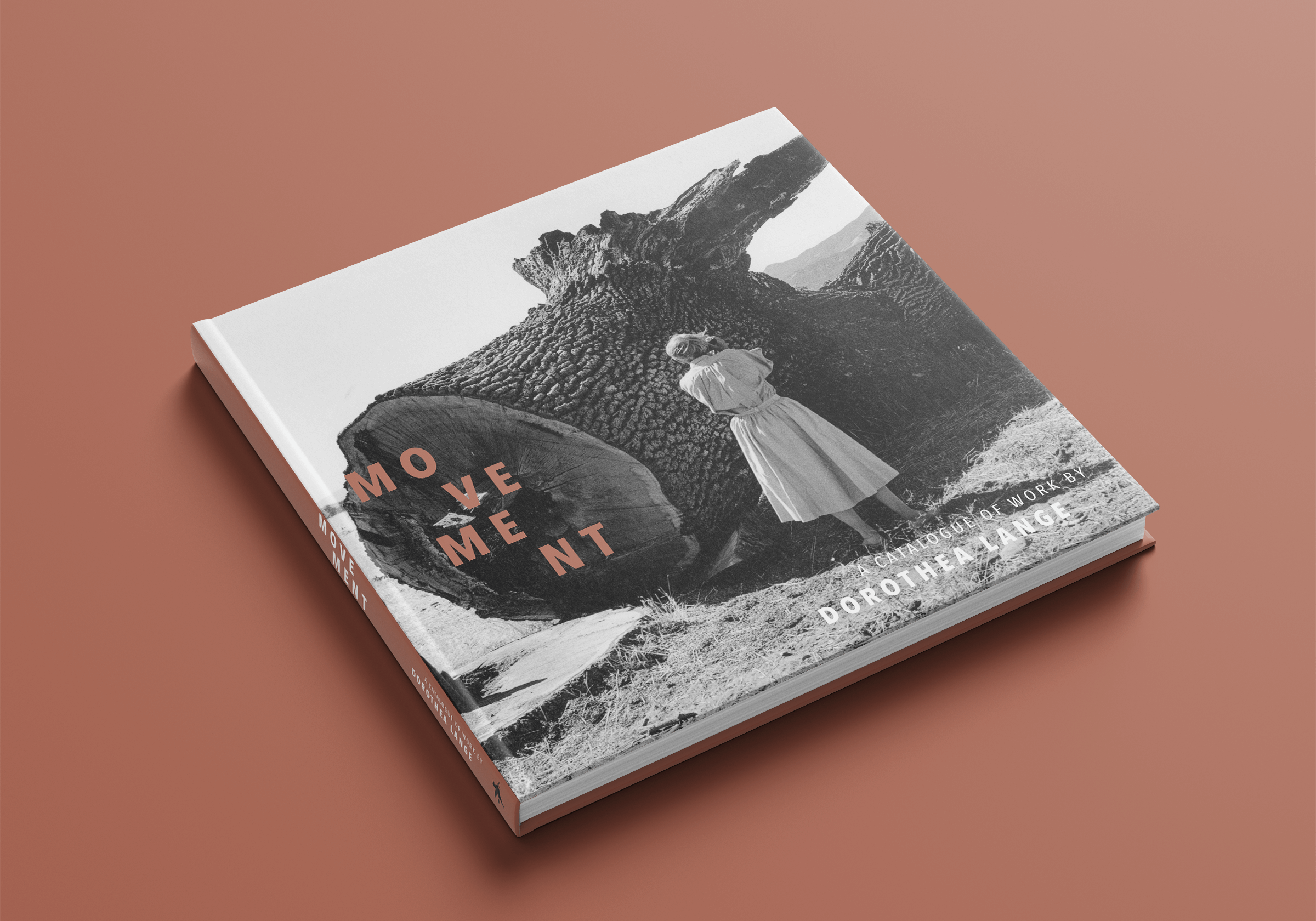 Dorothea Lange was one of the most important and influential photographers of the twentieth century. A pioneering social documentarian, she was a prominent advocate of the power of photography to effect change, using her camera as a political tool to expose what she saw as society’s cruel injustices and inequalities.

Featuring a comprehensive selection of images, this publication brings together the most significant bodies of work she created throughout her life, from the Dust Bowl in the 1930s, to photographs of the internment of Japanese American citizens during the Second World War and the changing physical and social landscape of her beloved West Coast in the 1940s and ‘50s.

The projects’ dynamic grid system reinforces the theme of motion by allowing photos and typography to seem as if they shift across the page. The headline and captions also take a staggered approach. The accent color, dusty orange, evokes earthiness reminiscent of the time period. Ultimately, while this book aimed to capture the ugh-inducing social climate of the United States’ history, the modern design reminds us how these themes might even apply to contemporary events. 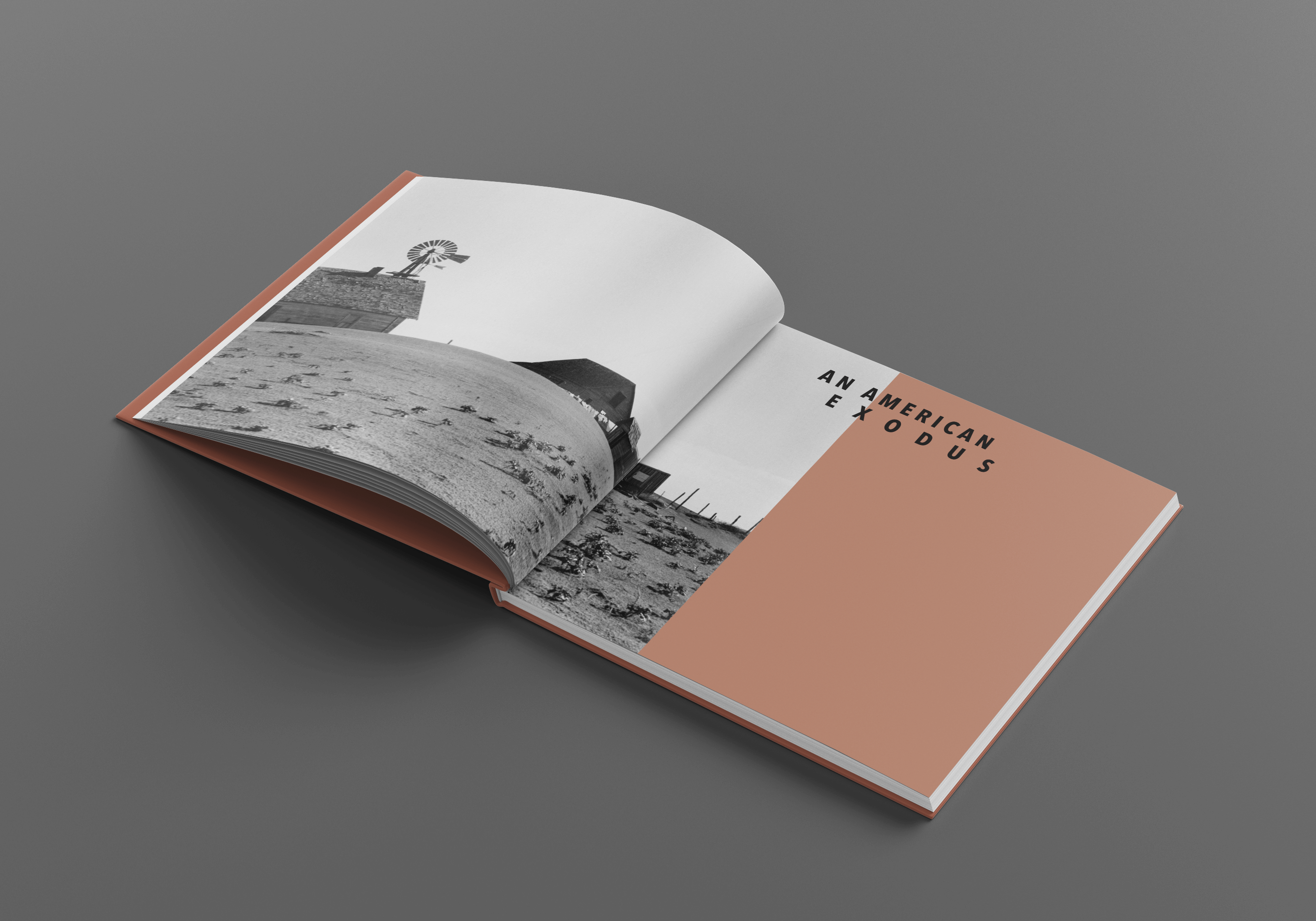 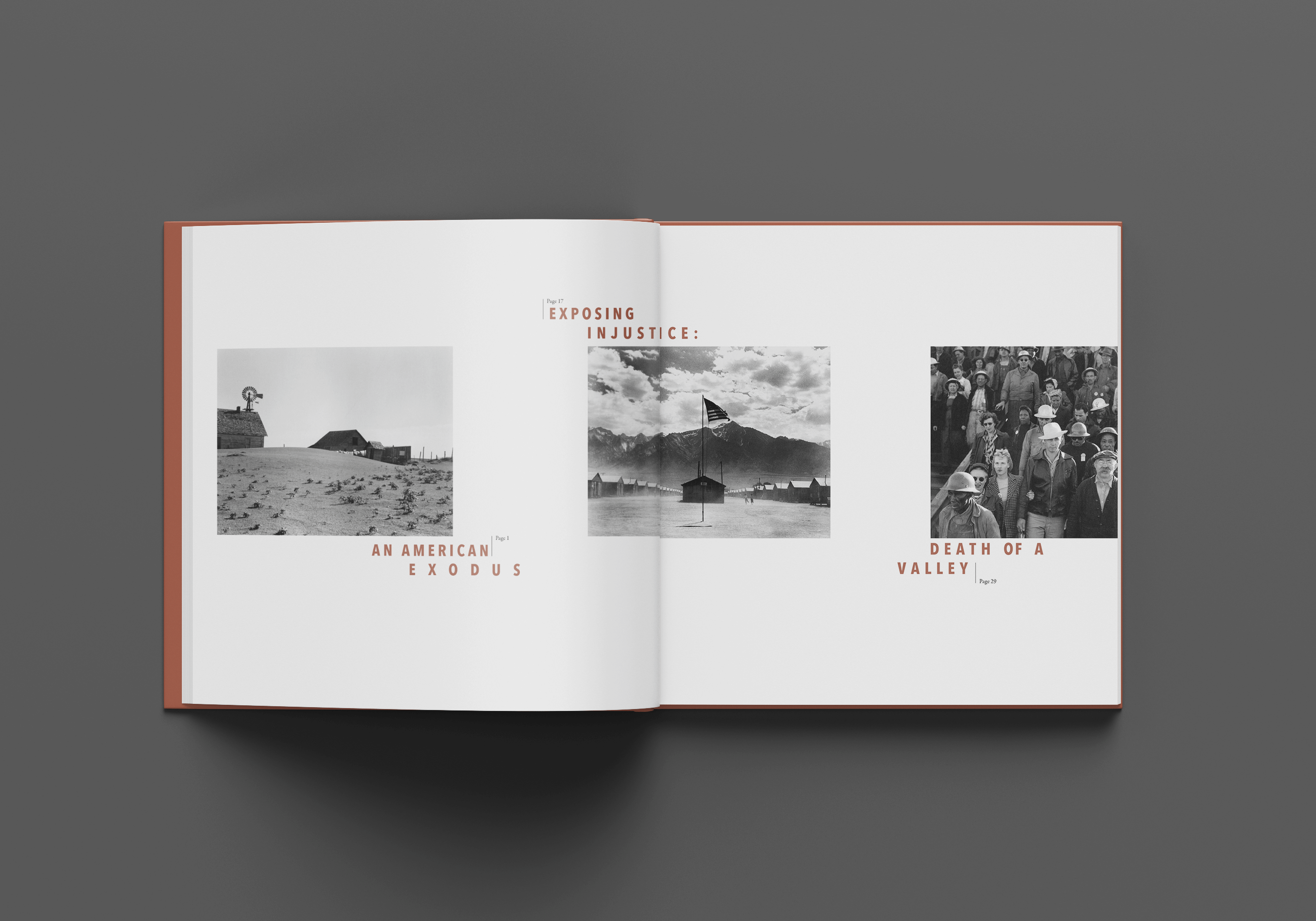 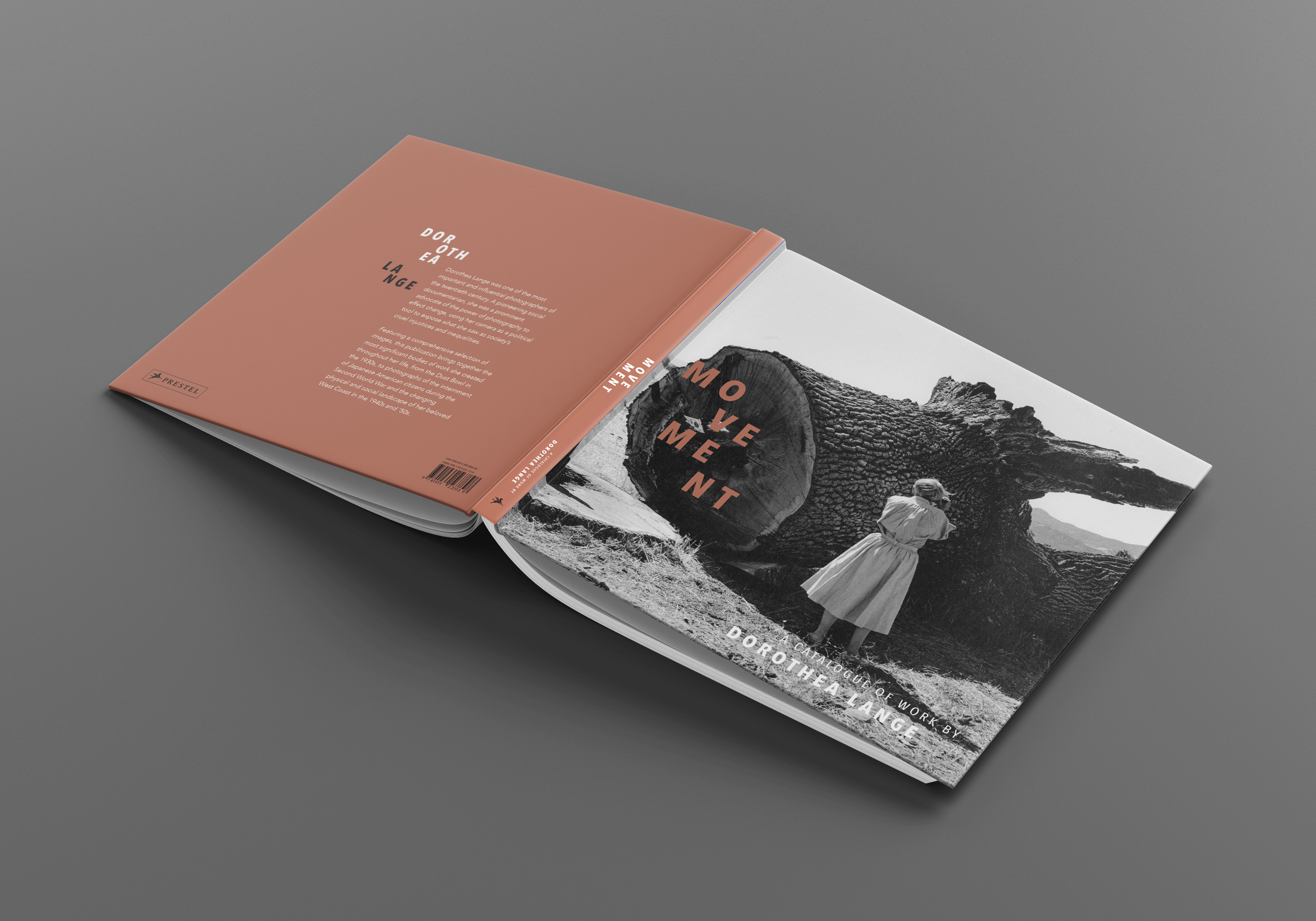 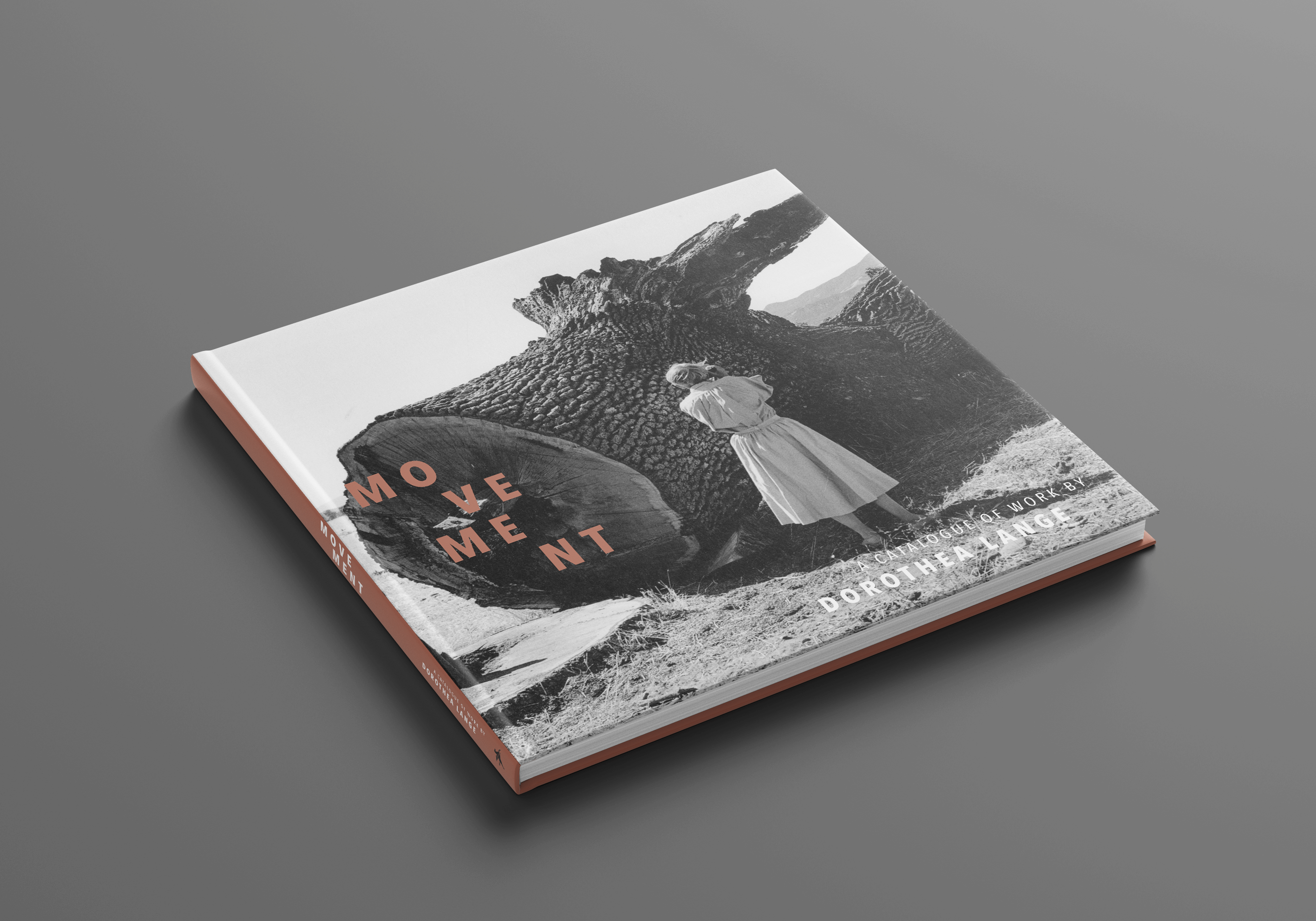 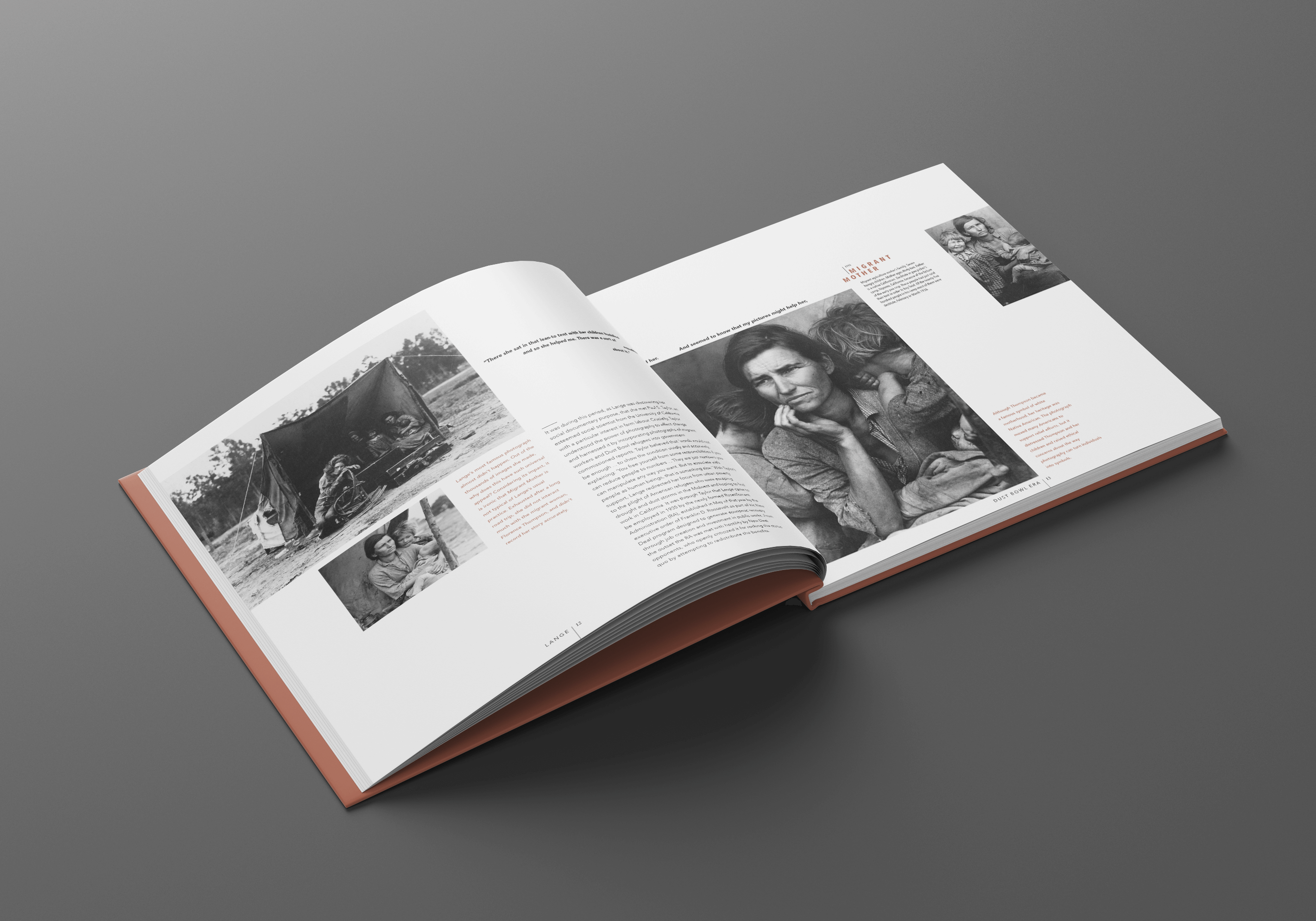 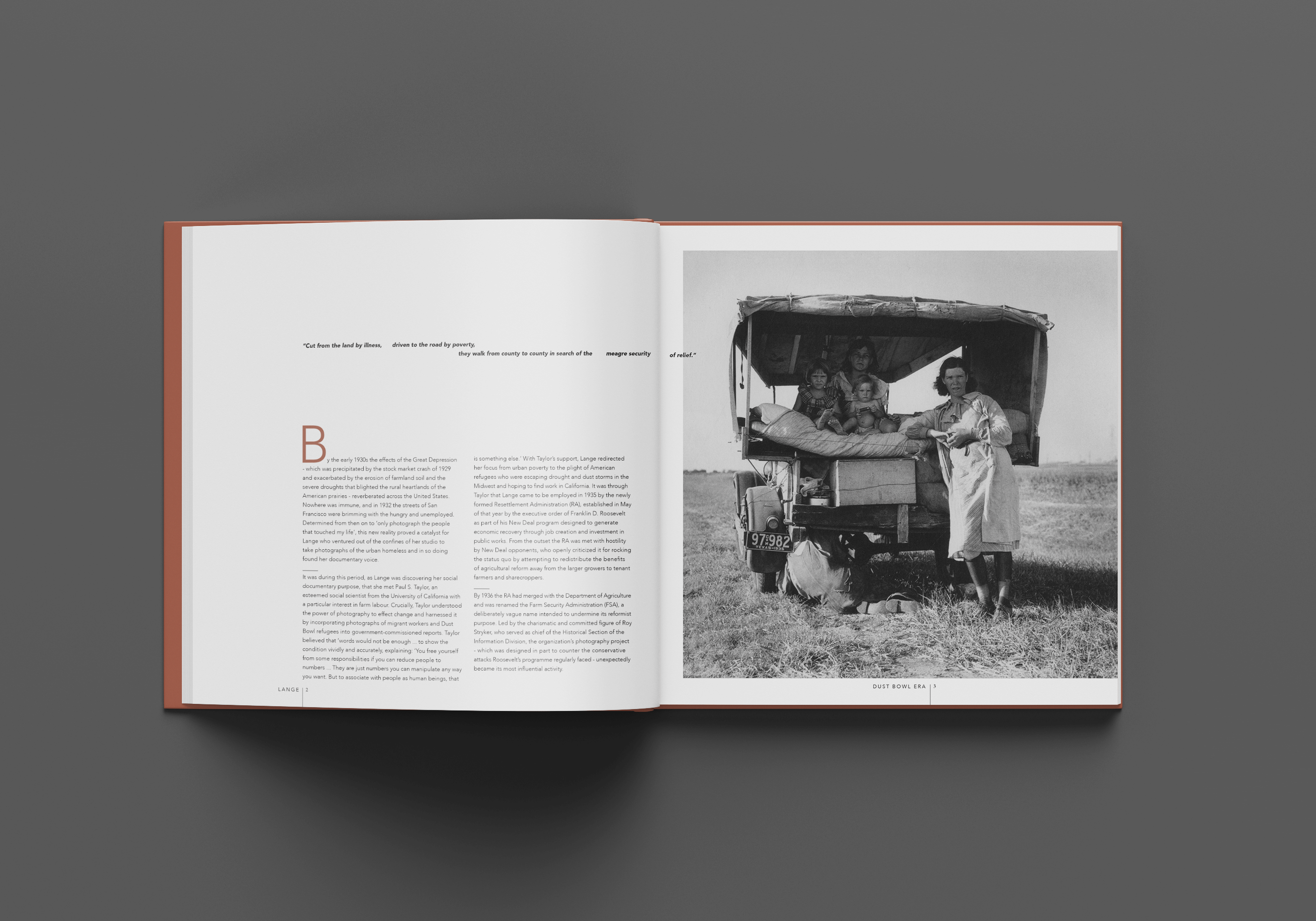 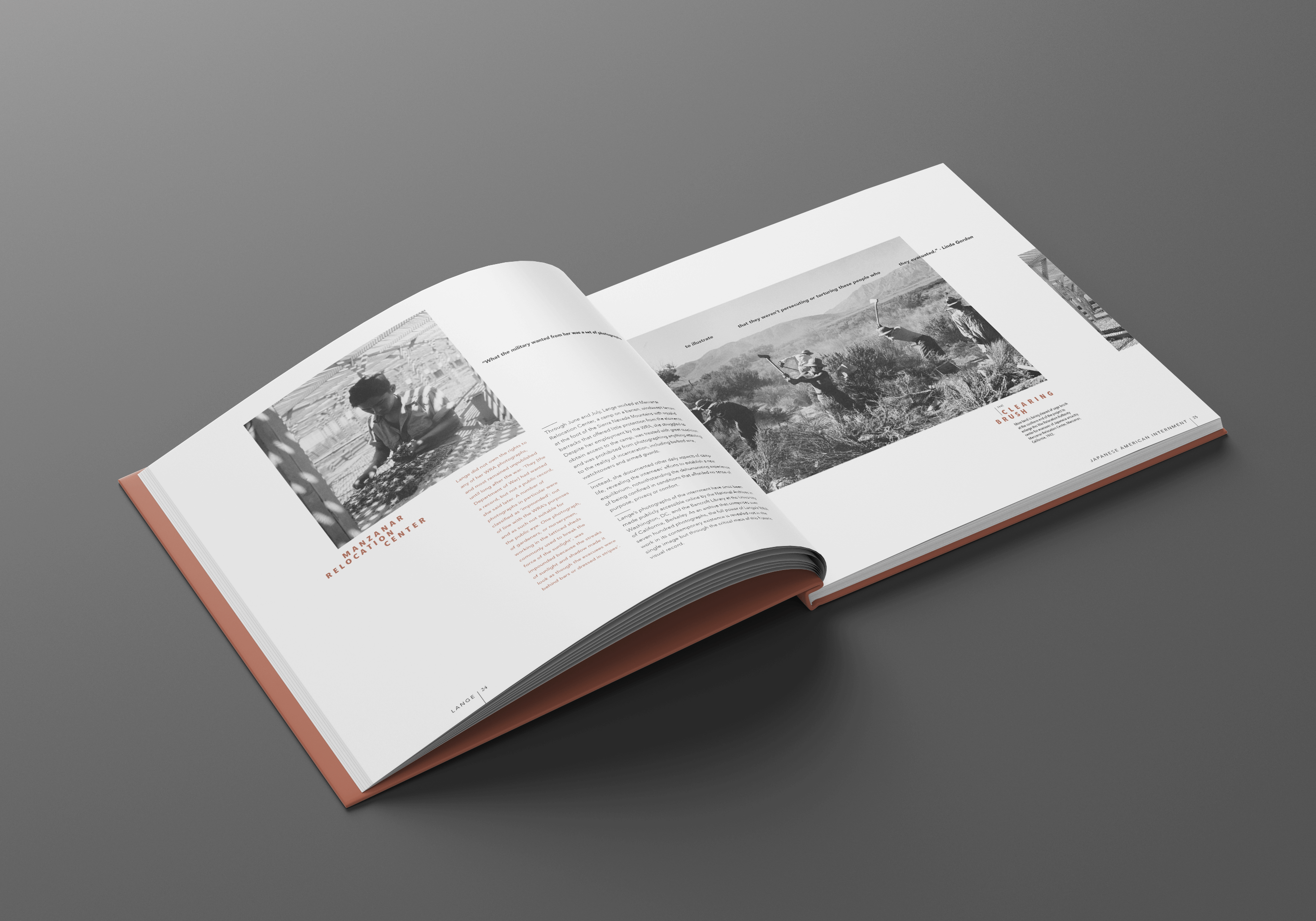 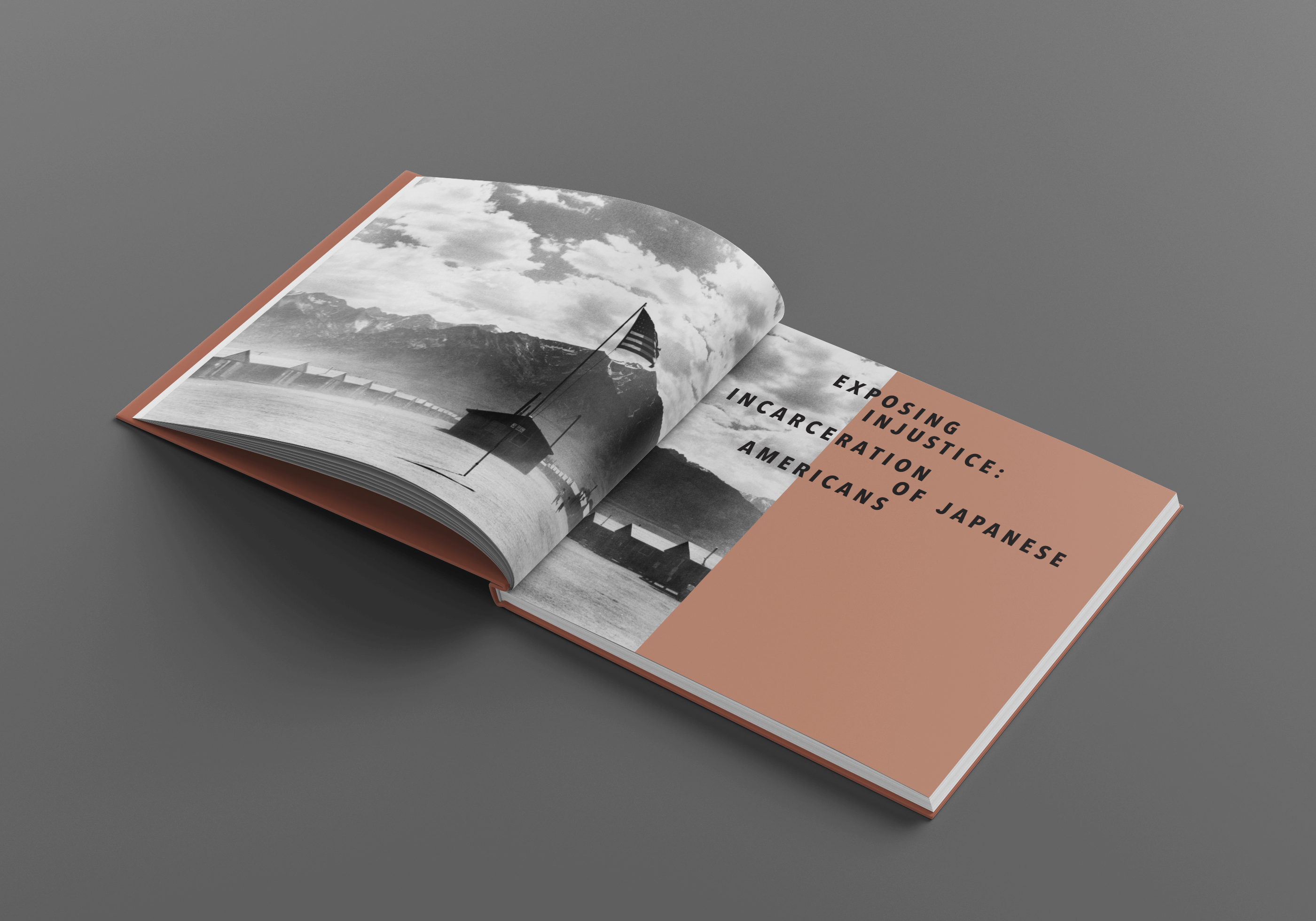 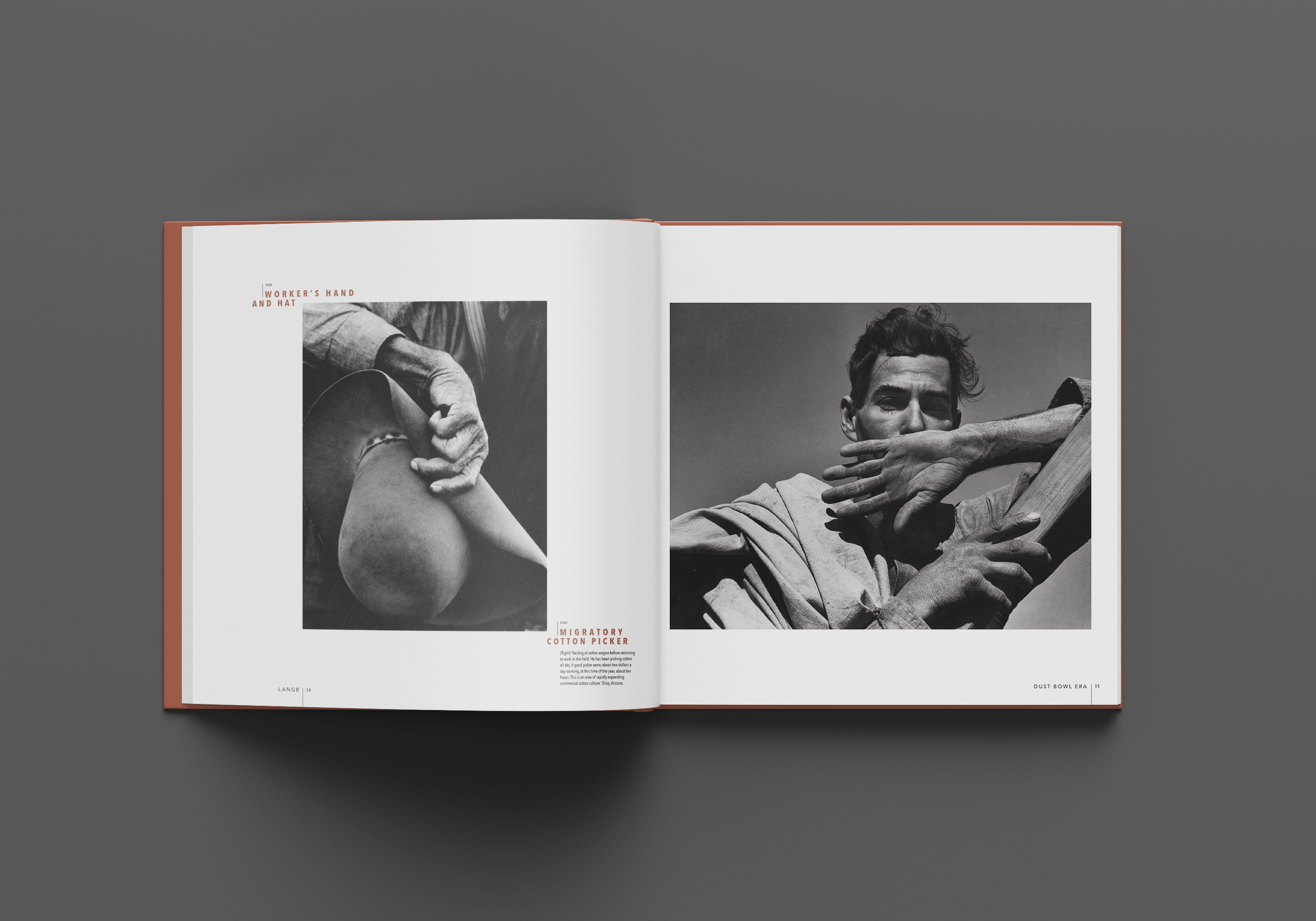 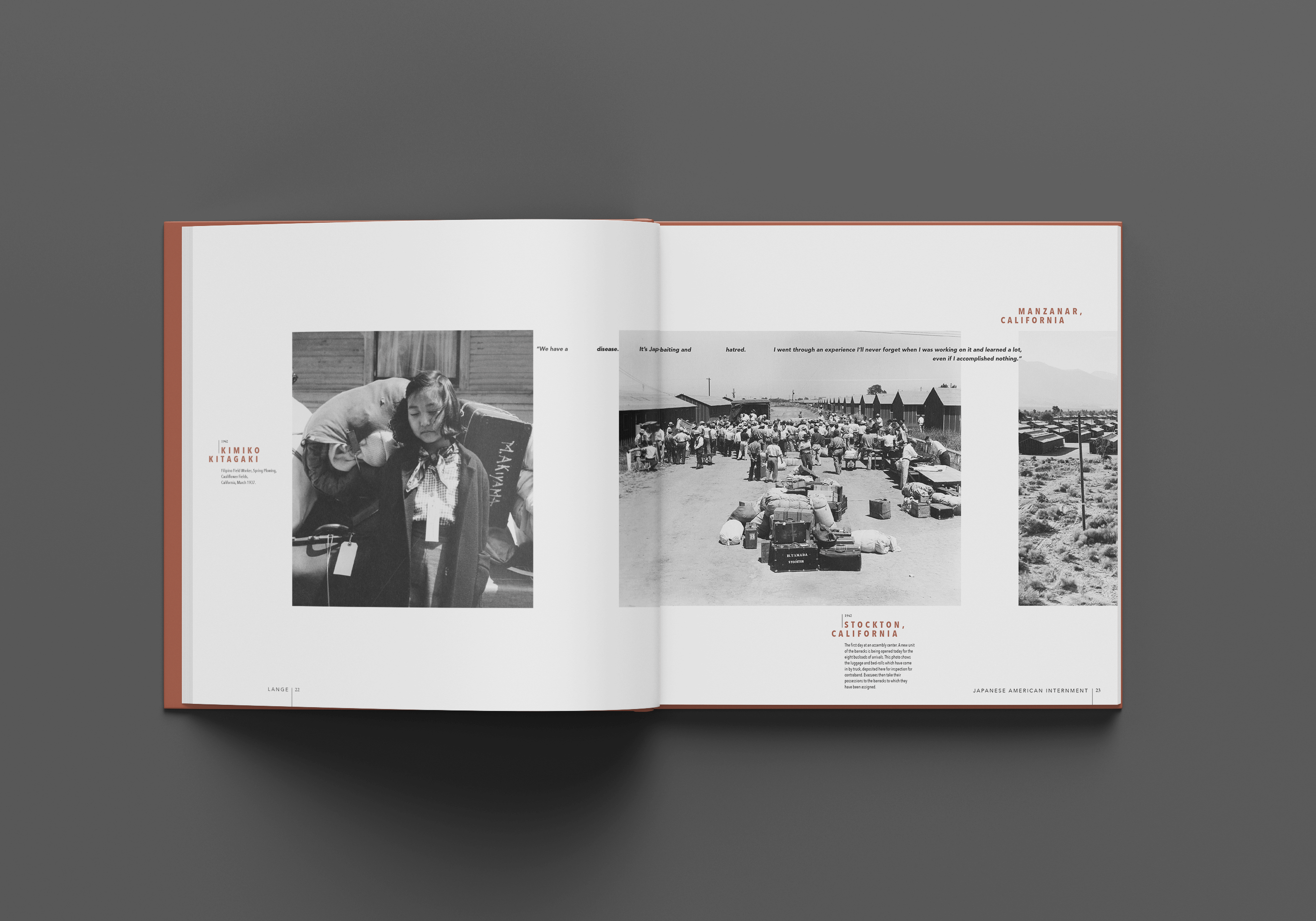 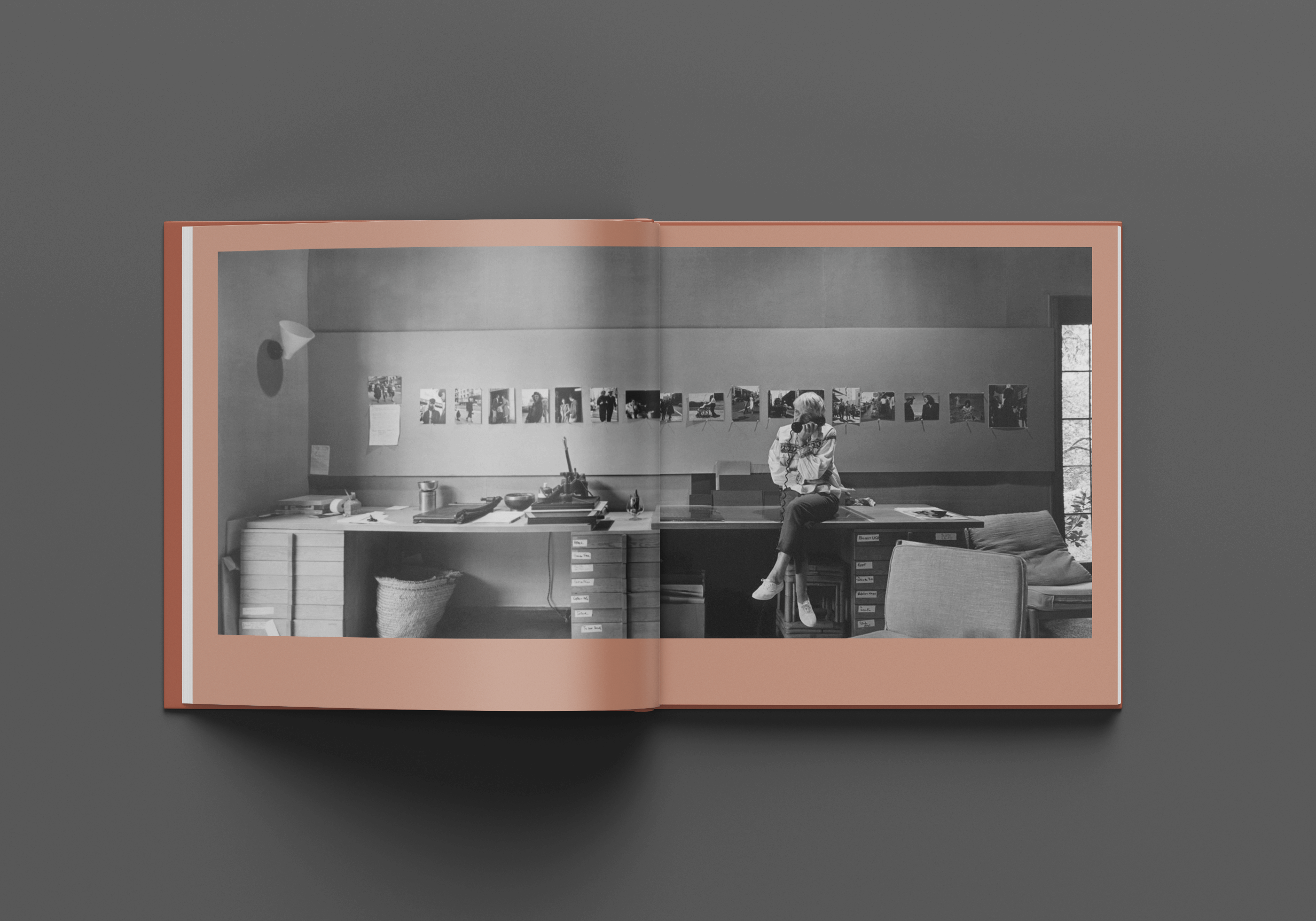 RETURN TO OTHER WORK